“You can tell me anything, I’m a puppet!” Why Play Therapy Works

Criss-cross applesauce, a spunky boy sits on the whimsical playroom carpet, eyes wide, mouth agape. He’s listening to my impulsive puppet Freddy exclaim, “I get so mad, I want to kick him in the leg!”  Freddy elaborates: “Why won’t he just play my game, my way, every time?”  It’s no longer any surprise. Nine times out of ten the amazed child replies, with visible relief, “THAT’S JUST HOW I FEEL!”

The child I have in mind speaks to the puppet, and he’s not alone.  Freed by genuine understanding and clear acceptance, the child opens his heart. He pours out his own troubles to the boy, girl, dragon, wolf, octopus, skunk, or chipmunk on my hand.  “I know, last night I kicked my brother,”  he offers, commiserating with the puppet.  “I hate time out.”  Another child reveals, “I did that in school and got sent to the principal. It was the worst day EVER.”

Now, I have a nice degree on the wall, with all the rights and privileges thereunto appertaining.  But puppets are my co-therapists and their credentials seem to surpass mine.  Children tell the puppets far more than they tell me alone.  Why is this?

The answer is simple: Puppets give safe distance.   No child wants to see a therapist who fixates on her problems, nor feel there’s something wrong with herself. In my playroom, it’s the puppet who has the problem. And to a much greater extent than the child.  That’s the secret.  If a child is here for anxiety, Puppet Miranda has hilarious, unreasonable terrors.  The boy here for anger meets puppet Pedro, who mentions unmentionable aggressive thoughts … the very thoughts children harbor and sometimes enact.  The boy can hardly believe Pedro feels the same way.  And before he knows it, we are talking.  Other puppets join us, supportive “voices of reason.”  Four-way conversations ensue between the troubled puppet, the helper puppet, the child … and oh yeah, me.

Puppets help bring the child’s problem comfortably into the room. They often speak for the child, making her feel not so alone and not so BAD.  Puppets are but one of many play therapy tools. But for me and many child providers, they open the door.  Puppets are exceptional delivery vehicles for Cognitive Behavioral Play Therapy, described above.  CBPT helps children try on new thoughts and rehearse new behaviors.  And guess who models those — yes, the puppets.

There are many models of play therapy, including directive (didactic in style), non-directive (following in style), and familial (incorporating parents).  One expressive mode is Sand Tray therapy, using miniature toys children select and arrange in sand.  Sand Tray helps children heal from trauma, abuse, and emotional damage too painful to speak aloud.  Regardless of the mode, play therapy provides stand-in symbols (toys, materials) to represent feelings and people, events and things, wishes and fears.  The child’s imagination creates a buffer and a flexible “space” to explore tough stuff.  Therapeutic play allows the freedom to approach and retreat from uncomfortable ideas, memories, and feelings.  Children open up about burdens such as obsessions and compulsions, low self esteem, wishes that one was “never born,” despair, rage and shame.  Play gets inner feelings “out on the table” so we can deal with them together.

So puppets are one tool of the play therapist.  The puppet-child connection is unsurpassed in early childhood psychotherapy. Children often bond with their puppets friends, proudly believing they themselves are the helpers. One child brought a nugget of puppy chow to nurture a chronically anxious puppet. “Worry Wolf,”  she entreated, “you have GOT to get hold of yourself!”  She then rattled off an expert list of self-calming tips for emotional regulation.  Well-remembered and expertly modeled.  Parents bring their children for follow-up visits, amazed with progress. In a hush, they whisper, “He’s been talking about Freddy nonstop for two weeks.”

Good.  Freddy sends a tangible and memorable message out the door – long outlasting the single hour with me.  I ought to put him on the payroll.

To Do or Not To Do

I have a child in mind who is running through the house, tracking mud along the journey, jumping on the couch, scrambling up on a countertop, dropping clothes in the hallway, making tsunamis in the tub.

And into his little ears comes a reprimand (or two or three) passed down through The Ages: “Cut that out, now you behave yourself.”  “Stop it.”  “Don’t do that!”

These phrases are ingrained in the sub-conscious minds of most adults. They fly out of our mouths like pre-recorded messages.  Actually, we do have “recordings” in our minds, for better or worse, from parental words spoken to us.  These are often the first words we spout forth, even without thinking – they are part of us.

“Anthony, stop that right now or there’ll be no XBox when we get home.”

I usually hear the following translation:

“Anthony, cease this action right now, even though you are physically activated and completely engrossed in it. Calm yourself down, generate a list of other things you could do, select an alternative acceptable behavior, and re-route your mental and physical energy into that. Otherwise, you will lose a privilege several hours from now, long after this moment has passed.”

In psycho-babble, we are asking him to deploy his emotional and physical self-regulation skills and use executive functions.  OK, let’s switch to plain old English!  Only telling him STOP/DON’T asks him to take control of his body and emotions, suppress a strong impulse, and make a measured decision about what to do instead.   All of which require his frontal lobes … which are still growing.

Grown-ups can act as a child’s frontal lobes. Tell him what TO DO instead of what NOT to do.*   It’s an extra thinking step —  in an already busy day — but it yields the best results in the now and promotes learning for next time.  It’s teaching.  And it’s loving. It keeps YOU calm. Best of all, it’s effective.

Your effort to convert STOP/ DON’T responses into DOs will pay off.  The trick: imagine what your child would be doing if she were not doing this behavior.

Sometimes the STOP/DON’T moment is urgent – like hurting or breaking. The first reasonable DO conversion might be “please come here by me.” There you can explain what needs to stop and what else your child can do.

“DO commands” do the initial work for you child’s frontal lobe – they tell her what to do instead. In my experience, children are more likely to comply with constructively phrased, friendly but firm DO commands.   Begin with “You may” to add an element of courtesy and authority, a respectful and effective combination.  Follow with praise for any amount of effort, however small, and generously describe any response going in the right direction.  DO commands are teaching moments.

DO commands readily lead into detailed praise.  When you notice spontaneous displays of DO behaviors you’ve been teaching, give a specific praise! Add lots of description. I call this “Positive Noticing,” detecting and commenting upon cooperative DOs that occur even without your prompting. Quite simply, “catch ’em being good.”

Try some DO commands.  They have changed the lives of many families in my care!  Make a list on your fridge converting your most frequent STOP/DON’T commands to DOs.  The extra thought will pay off as your child advances in self-control and emotional regulation.

* These ideas are drawn from the Parent-Child Interaction Therapy (PCIT) treatment model developed by Sheila Eyberg Ph.D., University of Florida, with whom Dr. Onufrak trained in her doctoral studies. 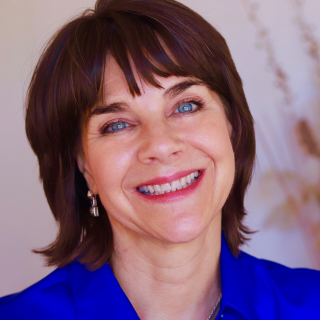